Today, illegal robocalls can be quickly set up and are increasingly difficult to police due to new, easily acquired technologies. With the costs of long-distance service dramatically reduced and mass-calling technology making thousands (even millions) of calls with global range (many originate from overseas), illegal scammers are working hard to avoid detection. Spoofing technologies allow scammers to disguise the origin of a phone call, making them hard to identify because many call-blocking and labeling technologies rely on caller-ID information as a source of categorizing incoming calls.

An illegal robocall is an automatic, prerecorded phone call made to your phone number without your consent, typically made for an illegitimate purpose.

It is generally accepted by government and industry stakeholders that only through a holistic approach can the illegal robocall issue be mitigated. This approach includes increased enforcement to complement the industry’s robust traceback efforts and the deployment of powerful consumer tools and technologies. In addition to civil enforcement, USTelecom continues to advocate for aggressive criminal enforcement of illegal robocallers at home and abroad. USTelecom and its industry partners are supporting these efforts through the USTelecom-led Industry Traceback Group (ITG), which seeks to identify these bad actors. USTelecom members also are offering a number of call-blocking solutions to customers; building advanced networks that make additional third-party solutions possible; and actively deploying the STIR/SHAKEN call authentication framework that will make it harder to spoof caller-ID information. 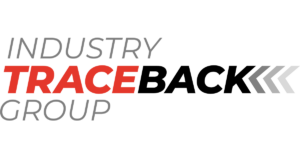 USTelecom leads the efforts of the ITG, which was designated by the Enforcement Bureau of the Federal Communications Commission (FCC) as the single consortium registered to conduct private-led traceback efforts. The ITG is a collaborative effort involving hundreds of domestic and foreign voice service providers that participate in ITG tracebacks of suspected illegal robocalls. More than 40 companies from across the wireline, wireless, and VoIP industries support the effort.

The illegal robocall campaigns the ITG has traced back and sought to mitigate include the full gamut of unlawful and fraudulent robocalls plaguing consumers—from impersonations of the Social Security Administration to fake warranties, refunds and offers, to threats to disconnect utility services without payment to phishing efforts trading on known brands and institutions. The ITG also has traced back and sought to mitigate several telephone denial of service attacks, including one against a hospital. The industry and its law enforcement partners from the FCC, Federal Trade Commission, Department of Justice, and the states increasingly rely on tracebacks as a tool to try to immediately cut off the flow from illegal callers in the first instance, before they then commence formal law enforcement investigations.

by USTelecom Media
The Upload