Broadband During the Pandemic: Where Do We Go From Here?

Last week I had the privilege of testifying before the Senate Commerce Committee on the state of broadband during the ongoing COVID-19 public health emergency.

I shared with senators the extraordinary steps USTelecom’s innovative broadband providers and technology leaders are taking to keep citizens connected and the public policies I believe could maintain high-speed broadband connectivity during this uncertain time – and beyond.

I started with a story about Florida-based Smart City Networks that captures how broadband providers voluntarily are stepping-up and serving their customers and communities.

Just a mile and a half from the Capitol is the Walter E. Washington Convention Center where workers from the D.C. government, the U.S. Army Corp of Engineers, MedStar Health and Smart City Networks are working side by side in 12-hour shifts to transform a convention center into a 1,500-bed emergency field hospital.

Smart City is doing similar work in convention centers across the country – with a dozen or so teams on standby “just in case” their communities need to ramp up emergency services. Smart City is doing this incredible work even as its business and revenue has taken a massive hit because of the pandemic.

When I asked Smart City board member Marty Rubin why they do it, he said: “There was never any question. These are our communities.” 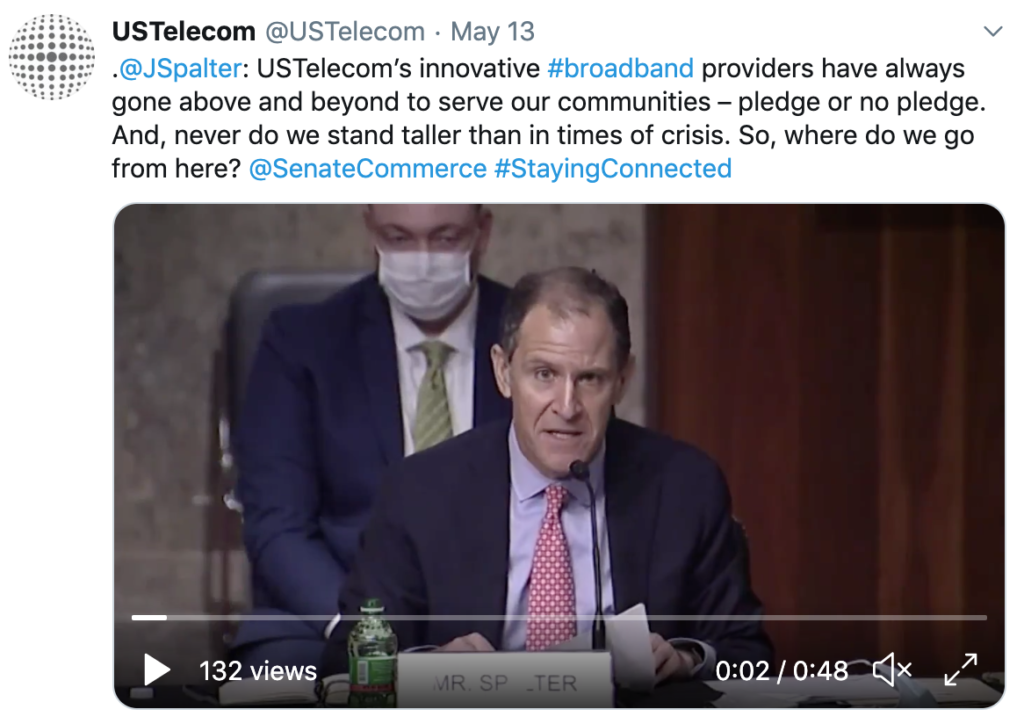 This is the story of all our member companies at USTelecom, which includes:

The list goes on and on, but our companies have always gone above and beyond to serve their communities: pledge or no pledge. And, never do we stand taller than in times of crisis.

The same is true for our broadband networks.

Among the 10 most populous countries in the world, the U.S. reportedly is the only nation that recorded no substantial download speed degradation in April, unlike countries that took a more heavily regulated path to broadband infrastructure, which has led to significant underinvestment in network capacity and performance.

As the world shut down, the U.S. internet remained open, and we demonstrated that Americans can count on their network.

So, where do we go from here?

First, we urgently pursue a permanent fix to Universal Service to put the digital divide in the nation’s rearview mirror once and for all.

We need to evaluate carefully what the costs would be, the speeds, the capacity and the timelines. We also need to be clear about the underlying principles that will steer our public-private partnership to get the job done.

For example, USTelecom delivered to the FCC a blueprint for broadband maps that can identify with pinpoint accuracy every home and business that remains unserved. Congress embraced this approach.

Now, they should fund it.

From there we get to work. We should rely on stress-tested broadband programs at the FCC and not waste money (or time!) on unproven experiments. We also should summon the political will to commit the public resources required and the private investment incentives needed to move forward with speed and determination. 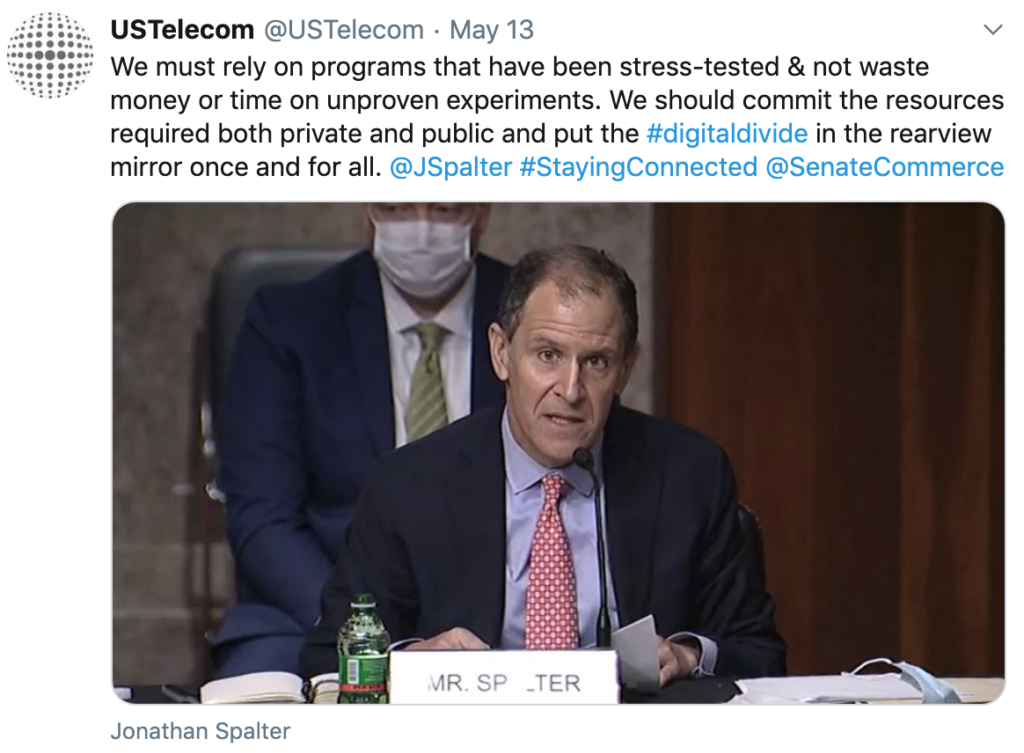 There is no question what is the right thing to do. As I said to lawmakers: “Let history look back on our service – yours as lawmakers, ours on the front lines of an essential industry – and say ‘there was never any question’ that every American should be connected.”

This article was originally published on Medium and shared on Jonathan Spalter’s LinkedIn.