Net Neutrality: Not The Time To Go Backwards

With passage today of the Save the Internet Act, the net neutrality story morphs from a debate about the right set of rules governing internet service in a hyper-connected world to a proxy battle pitting so-called internet freedom advocates against the innovators that invest in, and the consumers who benefit from, our nation’s connectivity.

Recently this ideological divide has broken down along party lines. It wasn’t always like this and it’s too bad because we know the internet is many things, but a red or a blue issue it is not.

In fact, you can be a card carrying Democrat and an opponent of returning to Title II regulation of the internet in favor of a more modern, nimble, pro-consumer and pro-innovation approach to securing the open internet we all enjoy. Just ask me. I’m both.

So, here’s the truth:

Although it has become an article of faith among some supporters of this bill that ISPs are determined to block, throttle and prioritize certain content — even when logic and facts (not to mention good business) dictates the opposite — we adamantly support prohibiting those practices.

In fact, none of those tools have been implemented by ISPs since the FCC’s 2017 order came into force. (Documented and repeated blocking and content prioritization by the edge platforms is a different story — and incidentally something the Save the Internet Act ignores — but that is the subject for another piece.)

In anticipation of the FCC’s 2017 rule change, annual broadband investment rebounded. Capital expenditures in 2017 increased to more than $76 billion. This investment recovery produced benefits for consumers as carriers plowed more dollars into improving deployment and speed.

Instead of embracing the power of markets, transparency, and surgical rules, we continue to fight this last war and debate a regulatory regime well past its prime, while important technology policy around data privacy and cybersecurity awaits. So does our shared mission of delivering broadband access to all Americans, be they in urban or rural communities. 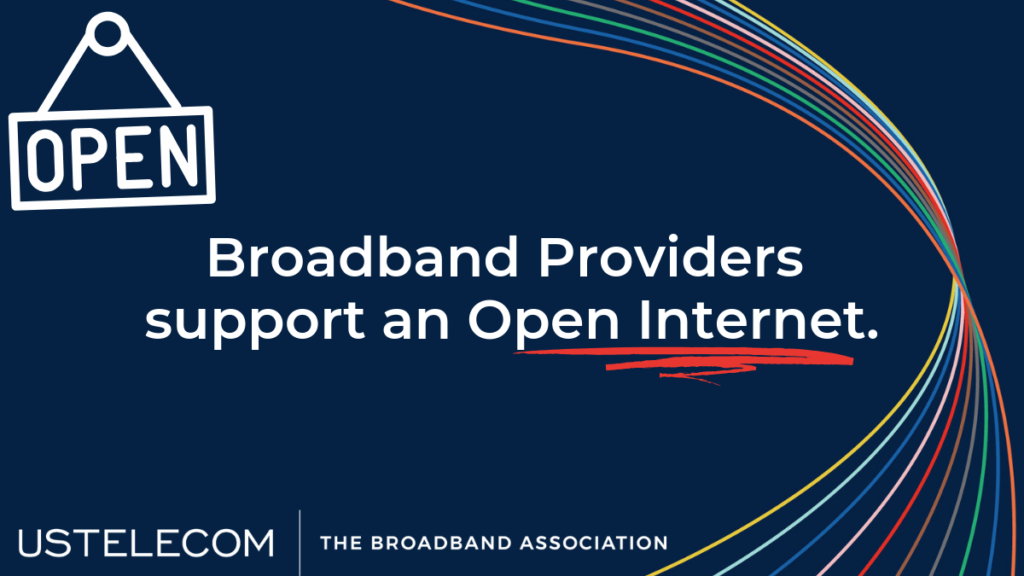 USTelecom members—large and small—are committed to maintaining our open internet and delivering consumers the content and services they demand. We are proud of our contributions to American connectivity and digital leadership. That won’t change, but it does get harder when internet policy clings to the past instead of looking forward to the optimism, innovation and connectivity yet ahead in our broadband-fueled future.

Nevertheless, we remain determined to work with all members of Congress to maintain our dynamic and open internet, to resolve this divisive issue, and help sustain our nation’s digital leadership for the next 20 years and beyond.

Now is not the time to go backwards.

Note: This piece originally appeared on Medium. You can view it here.

Testimony Before DC Committee on Government Operations on Net Neutrality