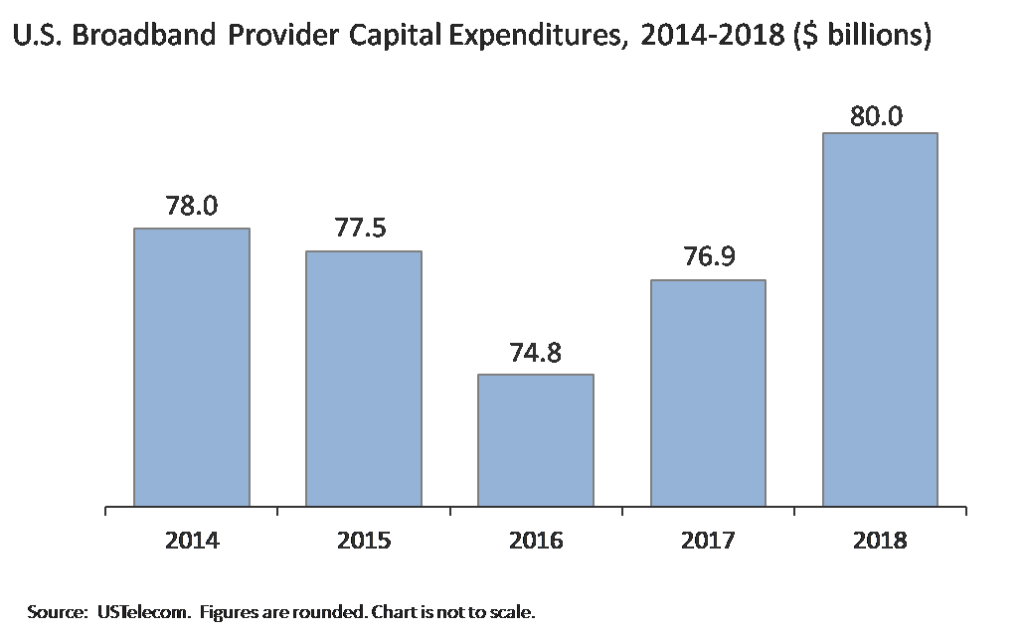 In the last two years, industry has spent a total of $7 billion more than it would have had it continued at 2016 spending levels.

The 2015-2016 decline in spending coincided with a Federal Communications Commission (FCC) move to impose common carrier regulatory classification on broadband providers in 2015. The question with respect to the impact of regulation is what investment would have been over the long term under different regulatory scenarios, holding relevant factors constant. Factors include competition, financial market developments, product cycles, government mandates, and taxes. While factors other than regulation are at play, the FCC indicated early in 2017 its intention to pursue a series of pro-investment reforms, including repealing the common carrier classification of broadband. The parallel shifts in broadband policy and capital investment suggest that expectations regarding policy, as well as delivery on those expectations, likely played a role.

USTelecom’s analysis of the FCC deployment data shows the benefits of competitive investment in the form of increasing speeds and upgraded networks. 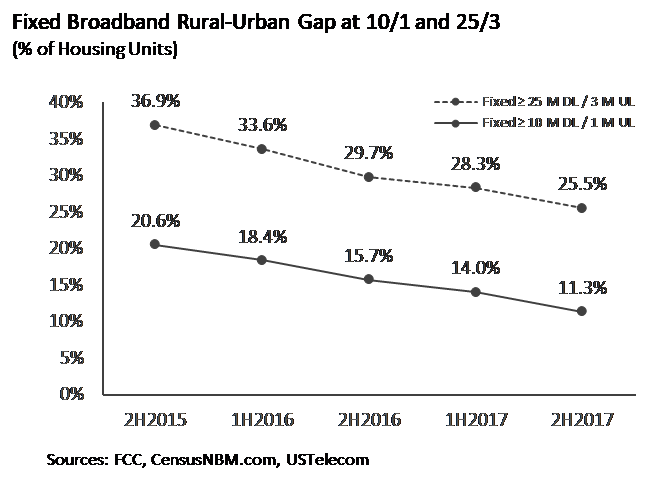 Broadband investment remains critical to modernizing our nation’s network infrastructure, maintaining international leadership, and closing the digital divide. While progress is strong and ongoing, the need to upgrade networks is constant. Moreover, significant challenges remain in eliminating rural broadband gaps. It will be necessary to maintain a policy environment that encourages greater investment to meet ever-growing demand for data usage as well as the need to expand networks further into currently unserved areas.

USTelecom to FCC: Keep the Pedal on Network Modernization