Broadband companies invest more than three times as much in telecommunications infrastructure per household in U.S. than EU—about $700 per home annually

The study: US vs. EU Broadband Trends (2012-2019) debunks a persistent myth that the EU’s more intensive framework for broadband regulation has yielded a superior online experience for consumers and ought to be replicated in the United States.

The USTelecom report points to the exact opposite conclusion. The data indicates the U.S. approach – specifically, a collaborative public-private policy framework that incentivizes capital-intensive private investment over government regulation – has not only delivered a more competitive U.S. broadband marketplace than Europe, it has also fueled additional benefits, including declining U.S. broadband prices, superior network resilience, and the ability for consumers to more fully utilize digital tools and resources.

USTelecom President and CEO Jonathan Spalter said: “As Washington dives into the broadband infrastructure debate, this new report should be instructive to policymakers about what works – and what doesn’t work – when it comes to bridging the digital divide and delivering 21st century connectivity to more Americans. To those who think more regulations and more government thumb on the scale intervention is the right approach, I say just look to Europe, which chronically lags the United States in broadband deployment, adoption, investment and competition.”

Spalter added: “It’s no contest. If the U.S. had followed the EU’s more regulatory broadband path, our digital divide would be substantially bigger and our shared networks considerably less prepared for the traffic demands of the pandemic and our increasingly connected economy.” 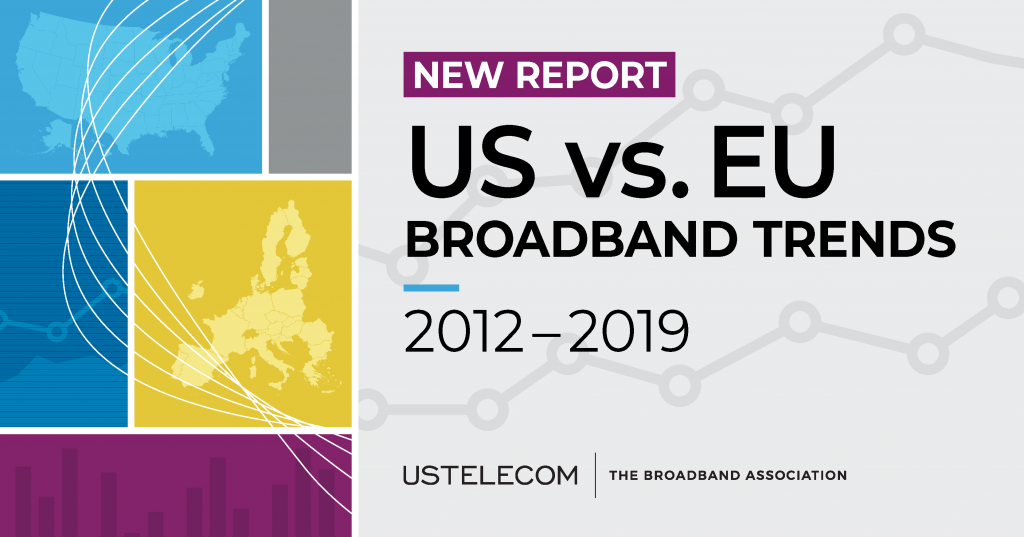 This research reinforces the findings of USTelecom’s 2020 Broadband Pricing Index (BPI) showing the decreasing cost and increasing value of broadband service in the United States, including:

USTelecom is the national trade association representing technology providers, innovators, suppliers, and manufacturers committed to connecting the world through the power of broadband.

Pssst… The Truth About U.S. Broadband