America’s shared communications networks are helping the country navigate the depths of the pandemic with reliable and resilient connectivity. Today’s broadband marketplace, backed by $2 trillion in private investment, is ultra-competitive, defined by increasing speeds and lots of capacity, new providers, and next generation technologies. 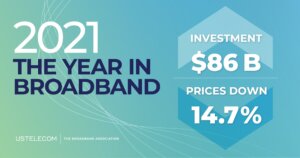 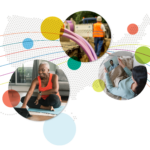 The third installment of the USTelecom Broadband Pricing Index (BPI) reveals continued substantial price reductions for both the most popular and highest-speed broadband internet services. The findings are particularly striking given the overall price inflation that has occurred in the U.S. marketplace over the past year. 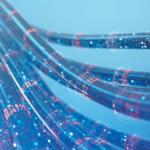 Investment drives completion. American consumers have access to some of the world’s most robust and resilient broadband connections. 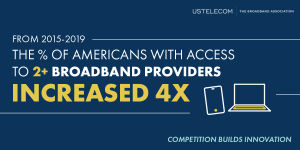 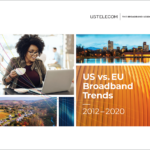 USTelecom’s US vs EU Broadband Trends (2012-2020) features updated research showing the United States continues to lead the European Union (EU) in broadband deployment and adoption, while also outpacing Europe on broadband investment and competition. The report debunks the persistent myth that the EU’s more intensive regulatory framework for broadband has yielded a superior online experience for consumers and ought to be replicated in the United States.

USTelecom CEO on Infrastructure:
Broadband ‘Right Up There’ with Bridges, Roads, Tunnels and Ports

USTelecom President and CEO Jonathan Spalter recently spoke with Newsy’s Natalie Allen on October 15, 2021 about the bipartisan infrastructure bill, industry’s commitment to universal connectivity, closing the digital divide and how households can still enroll in the Emergency Broadband Benefit (getemergencybroadband.org).